PayAnywhere user Gerald McGhee alleges that despite promotional materials that indicate the service charges users only a percentage of each transaction, North American Bancard charged him monthly fees for using its card reader. McGhee claims that the company began deducting fees from his bank account in December 2015 even though he never used the reader, continued to charge him for several months and refused his requests to refund the money.

“North American Bancard engaged in negligent misrepresentation, fraudulent concealment and intentional misrepresentation,” the complaint alleges. “They also breached the covenant of good faith and fair dealing inherent in every agreement.”

According the the complaint, Gerald McGhee first acquired a PayAnywhere card reader in November 2014 after being contacted by a salesperson who he says assured him there would be no fees associated with it. McGhee alleges that a monthly fee was deducted from his bank account every month between December 2015 and April 2016 despite promises he would be responsible only for a chunk of each transaction.

On the PayAnywhere website, the company advertises, as of Tuesday, that its service involves “no setup, monthly or hidden fees.” In its list of products, PayAnywhere advertises two products that promise not to include fees and one that carries with it a monthly fee. The complaint does not specify which card reader McGhee was sent.

A post on the PayAnywhere blog from December of 2015 indicates that the company would begin charging “inactivity fees” of $3.99 per month for accounts that have not used the card reader in the past 12 months.

The suit seeks the recovery of all funds that customers were allegedly charged in violation of the “no fee” promise, as well as statutory and punitive damages and attorneys’ fees. It also seeks an injunction requiring North American Bancard to cease its allegedly misleading business practices and to notify customers who might be entitled to refunds.

North American Bancard is headquartered in Troy, Michigan, and states on its website that it processes more than $34 billion annually for more than 250,000 merchants across the U.S. PayAnywhere was launched in 2011 and was rolled out nationwide in 2012.

A representative for North American Bancard declined to comment on Tuesday.

An attorney for McGhee, Eric LaGuardia, told Law360 on Tuesday, “Class actions are one of the only mechanisms through which large companies can be held to account for taking money from a large number of consumers,” and noted that it is very easy for big companies to improperly charge large numbers of people small amounts of money without repercussions.

Counsel information for North American Bancard was not immediately available on Tuesday. 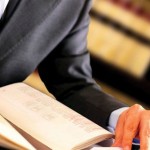 LaGuardia Law Wins Big for Client and Consumers with this published, citable opinion.

How Often Can a Debt Collector Call Me?