Video of Eric A. LaGuardia Advocating on Behalf of Consumers Before The Ninth Circuit Court of Appeals

Eric LaGuardia of LaGuardia Law was honored to advocate on behalf of consumers before the Ninth Circuit Court of Appeals last week. [North American Bancard (“NAB”), the defendant in a case co-counsel and LaGuardia Law filed in federal court, moved to compel our client to individual arbitration and stop our efforts to pursue NAB in a putative class action alleging NAB wrongfully withdrew funds from the bank accounts of our client and those similarly situated across the country. We opposed NAB’s motion and won based on the federal court’s finding NAB’s arbitration agreement unenforceable. NAB then filed an appeal of the federal court’s decision with the Ninth Circuit. After briefing the matter for the Ninth Circuit, the Court set a hearing for oral argument on December 6, 2018. We await the Ninth Circuit’s Opinion as of the time of this post.] https://www.ca9.uscourts.gov/media/view_video.php?pk_vid=0000014768 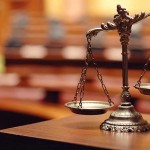 A Win for Consumers at the Ninth Circuit